From 1987-1991 GM offered a Factory Optioned Twin Turbo Corvette, known as the Callaway Twin Turbo, or RPO-B2K.  This is the option code.  These cars were regular corvettes ordered with all the good stuff by Callaway, then were sent off the the Callaway Plant in Old Lyme Connecticut  http://www.callawaycars.com  , to become the famous Twin Turbo Corvette.  They were then returned to GM to be sold as a factory car with the B2K order option.  The price on these was upwards and over 100K in the later years, making it the most expensive factory production US car in history.   There are less than 500 actual cars done through the near 5 years of production, making these factory turbo cars, the single rarest group of factory production corvettes ever.    1989 is also the LOWEST production year for the Callaway and the best year for the hardware layout with te FX3 option, ZF 6 speed and last year for the older style radiator (better for the Callaway system).   Due to the high price, and the upcoming ZR1 (incredible car I might say), the production of B2K cars fell off year after year, with only a handful of cars actually made towards the end.  In 1992, with the new LT1 motor being standard in the corvette, Callaway discovered it could not survive the Twin Turbo setup, nor were the sales there to validate the expense to upgrade it, thus the end of the factory production twin turbo corvette. Callaway's modifications to the car were extensive and slightly varied from year to year, but gave the car a modest 400HP and over 500 Ft Lbs of Torque towards the end.  The motors were kept 350CID, but were redone with much better internals, etc, then the turbo setup was added along with upgraded cooling and ducting for the intercoolers.  A few of the rare Aerobody cars were produced too with the B2K option.  These are basic body kits that were put on the car, but are as rare as the Callaway itself.  The rare and mega expensive Dymag wheels were also offered on the Callaway, giving it a look like no other Corvette. A stock Callaway is rated to go roughly 190MPH and do the 1/4 mile in 12.8 seconds.  This was the fastest US production car to date, and still holds its own.

This particular Callaway on this page, #34, fully loaded B2K, ZF6, Z51, FX3 car (probably under 10 made with this FX3/Z51).... is nicknamed Ultra Slow.  It was called that, as the car was literally that when I got it.   It is now kind of the opposite, but I kept the name.  Being that the Callaway Turbo is probably the single most complicated and overbearing car in US history, they are misunderstood and in many cases, are in disarray due to mechanics that tried to fix them.  These guys usually ended up damaging the car more in the process of repair, usually leaving hoses, clamps and very basic things loose that caused leaks and boost loss, and the owners throwing their hands up in the air.  #34 car was no exception and ran like V6 pickup towing a trailer when I first got it, despite the car being low mile and in perfect condition otherwise.  This is my second Callaway, as I have an 88 Roadster that is virtually new.  I got this car to have a little fun with, and keep my 88 as new.

This car today is quite fast in actuality, and with a $2.00 hose and the knowledge of the car, it fixed all the issues the previous owner had trouble with and thus his main reason for selling..   Since then I have done some very mild mods to the car to give it an actual 500RWHP and over 650FT LBS to the ground.  Being that the car is a turbo, they respond to increased boost very well.  The best mod was from Callaway, and this is an item called the "Wonderbar"   It was probably called that because Callaway "wonders" why he used it in the first place... It is nothing more than a frame rail that was part of the car that got modified to pick up air into the turbos, as part of the design of Callaway's turbo setup.  Callaway had roughly the same smaller wonderbar on all cars, but later learned that this was very restrictive and held the car back quite a bit.  They offered an upgrade to the Wonderbar that was a night and day difference.  Ultra Slow also has an Extrude Honed factory intake, extrude honed aftermarket runners and factory plenum.    This helps the airflow, increases the RPM range a bit, and helps the turbos spool up quite a bit faster.  Its a definite improvement more on the drivability and usability lines over a major HP increase.  The motor is untouched and original, but I did put a set of 1.5 Crane Gold Rockers and Hardened Guide Plates on it. This did not do anything, but just took away a bit of friction over the stamped steel rockers. The car has a custom 3" exhaust system to get the air out, and runs about 12-14PSI of boost.  Race fuel is ran, or mixed in this car to avoid detonation and compensate for the added few pounds of boost. The Fuel Pressure is raised a bit from an adjustable regulator.  The biggest issue I have had on this car is the clutch.  The car makes so much torque at such low rpms, it will just slip out the best clutches in the middle of higher gears when it gets boost.   I currently run a Spec 4 clutch, though it brings problems in drivability due to its "on-off" way of working, and the fact its just aftermarket junk,  it does tend to hold the power, but not without the sacrifice.

So far, I have literally raced this car for nearly 20,000 miles without any major issues, seen a GPS verified speed of 197MPH, and Ultra Slow #34, just may have run more races than any other B2K Callaway in existence, taking countless opponents motors out who have tried to match it running things like NOS, etc, in the unlimited top speed racing this car does quite well..  With my experience with this and several other Callaways, I consider the B2K Corvette one of the best and most collectable cars to own for any car enthusiast that wants to have a toy and a decent investment at the same time.  Not only is a B2K nice to sit in the garage and will certainly increase over the rock bottom prices these cars can be had for today, but unlike so many other "muscle" type collector cars on the 60', 70's, these cars are actually fast. 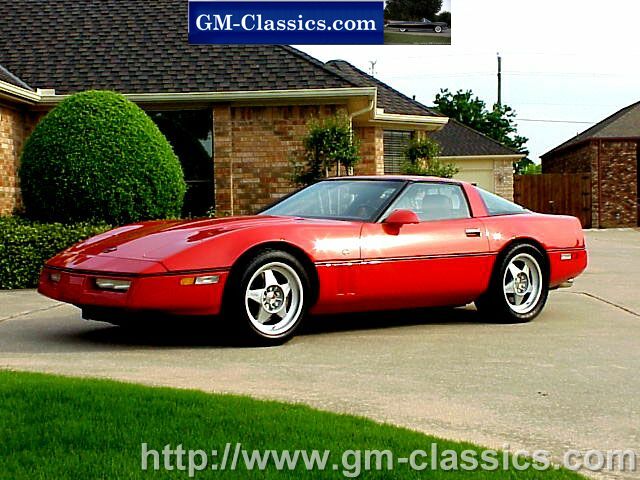 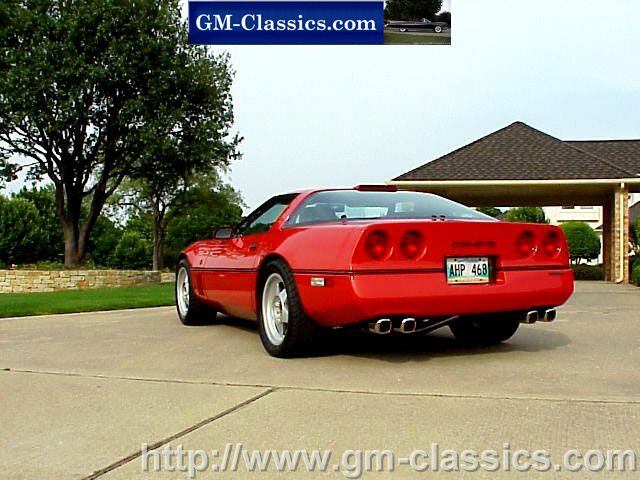 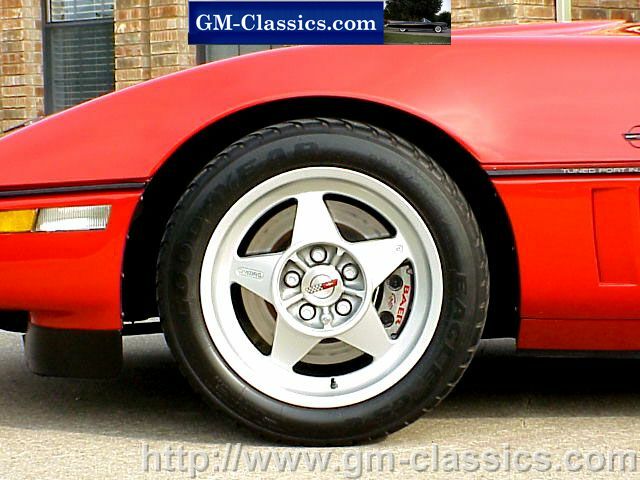 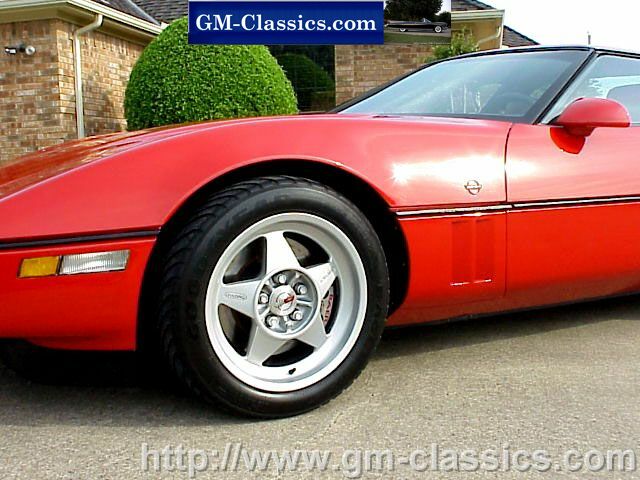 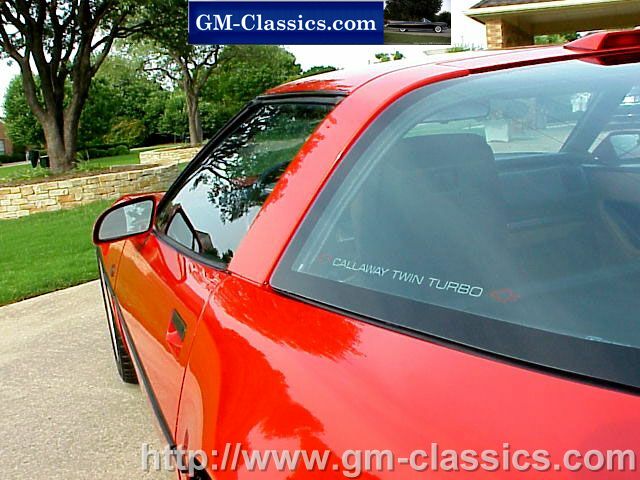 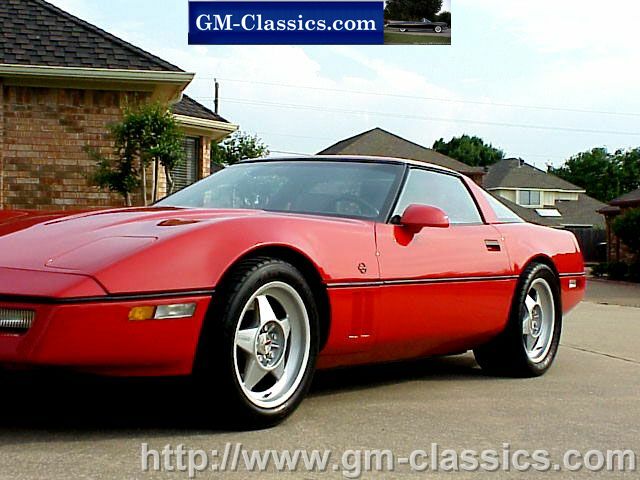 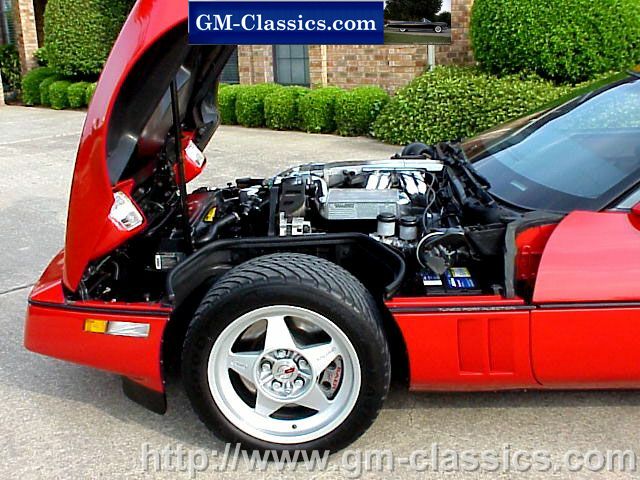 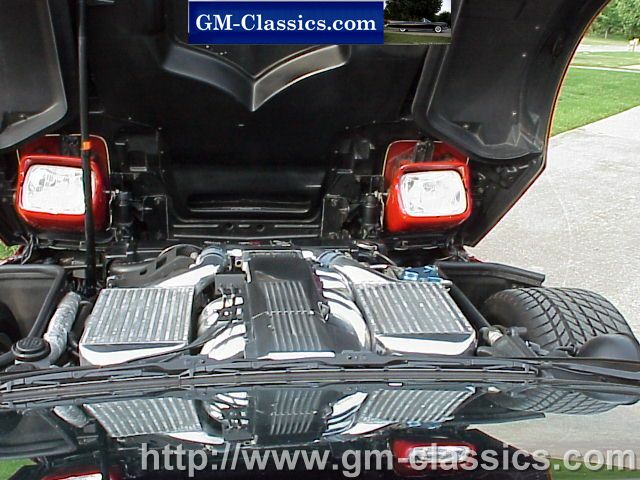 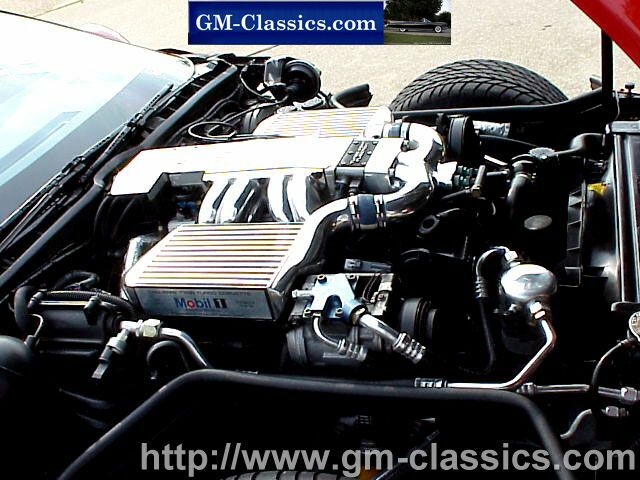 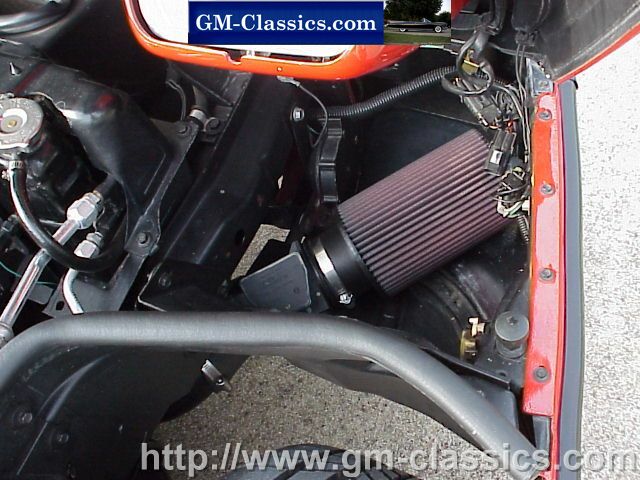 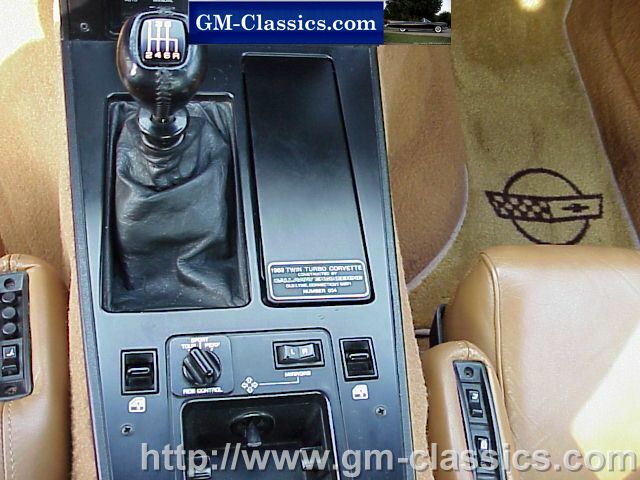 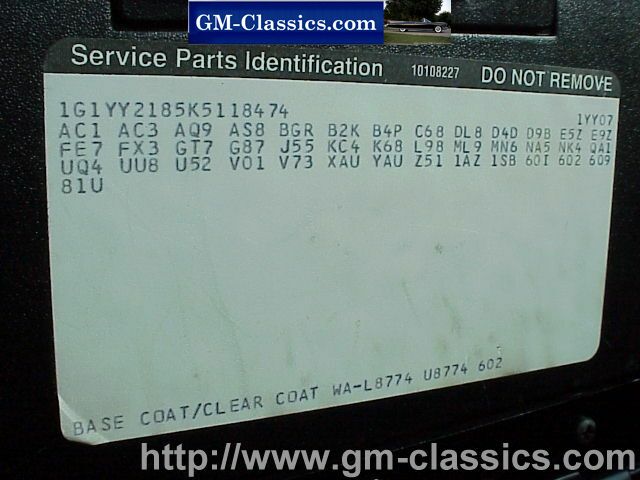 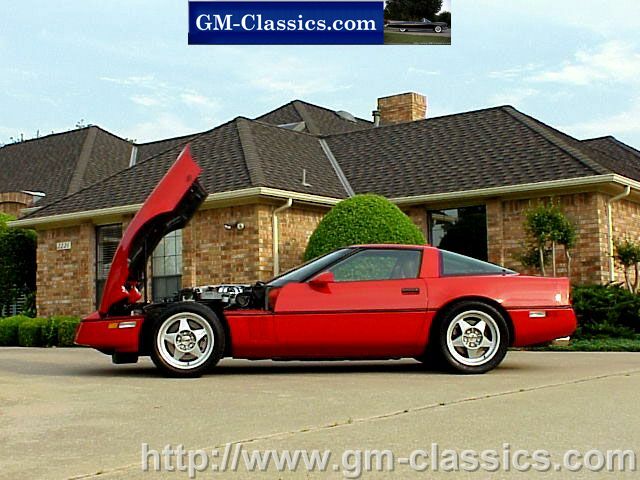 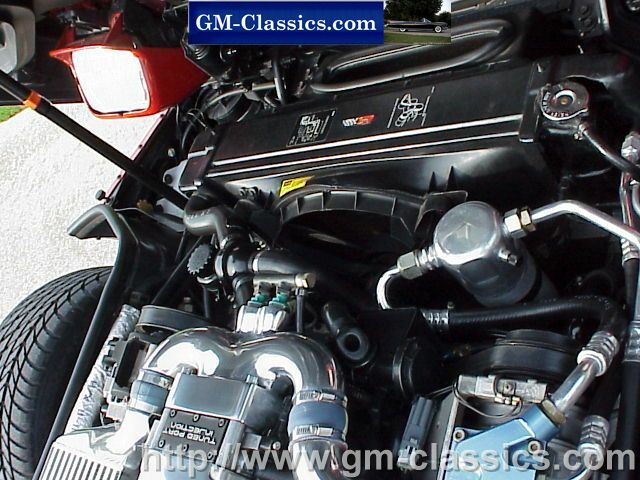 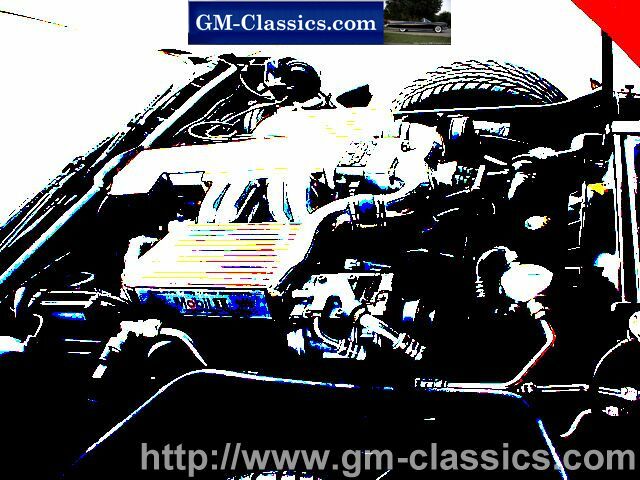