1991 BMW 850 6 Speed.  28K miles, collector owner history since new.  Known by many as one of the best surviving examples of an 8 series, this car has been nothing but a collector’s toy since new and treated as such.  Truly an example that represents the 8 series properly as one of the most unique and timeless cars ever produced.  The top examples of original surviving low mile BMW 8 series just may prove to be collectible and as valuable as the top examples of 60s muscle cars and similar in the near future.   It’s most certainly a far more worthy car than some of the mentioned.  Whatever the case or opinions, few will argue that the BMW 8 series is a timeless car yet to be matched in style and looks by just about anything made since.  One thing I have learned watching cars progress since this car was new;  Although there are really nice improvements in technology, you will never see the workmanship quality put into any car any time soon as the top high line BMW/Mercedes cars of the 90s had.  The 750s, the 8 series for BMW and the S/SL 600s for mercedes.   I think history will write that in as truly the best it got in terms of quality, materials, perfect body work quality and more.  Although technology had gone up,  workmanship quality and certainly the quality of materials used in even the top cars today have gone down since.  We do not even have to talk about newer BMWs style.  History will take care of that for us.   This car was $100K in 1991 for a reason.  You cannot duplicate this today for under the price of a new Phantom.  I have owned countless cars.  The BMW 8 is a car that is in my top 5 cars of all times.

The BMW 8-Series, or E31, was produced and imported from 1991-1997 in an 850 (V12) or in later years an optional 840 (V8) version. The 840 is more common in the latter years and was a bit less money and performance, but uses the same car. As with the two engine options, the E31 was offered in an automatic, or the scarce 6 speed, making the V12 6 speed about as rare of car as you can find.  The E31 is truly an engineering marvel set in a timeless classic body yet to be matched by anything BMW has built since in the "looks" and build quality arena.

The E31 850 was also offered in the 850CSI version in 1994-1995, here in the US, with a total of about 200 cars ever produced. This was an improvement to an already incredible car having a few basic body enhancements over the regular 850 and a bit more power than any other 850 boasting a decent 380HP at the flywheel from roughly the same V12 with 5.6 liters. The 850CSI was only offered in the 6 speed, and the 850CSI is truly one of the most collectable BMW's you can get.

Since the 850CSI was only produced for two years in 94-95, and my particular car here is a 91, it was upgraded to most of the 850CSI specs within reason and integrity.  I looked for 8 series CSI for 6 years to find a car nicer than this one here with a 120K budget. It does not exist in the condition of this car looking at over 40 of the 200 that were here in the US and buying a 95 that has 19K miles, later to find out the car was back 1/2 painted.  After the gross let down, for someone demanding perfection, this car is it for me. I am confident that with the rest of my life and an unlimited budget, I could not get a car in better condition.  This will be the last 8 I ever own if I sell it one day as everything else will be stepping down.  The good thing is that the 850 6 speed shares a good bit of the same hardware as the CSI, so making the car as close to a CSI is possible is not intrusive or difficult, just rather expensive. The front and rear bumper pieces are obvious and are factory BMW parts. This is a simple bolt on once you find and paint the parts, but the parts are near impossible to find anymore and are extremely expensive. This car is of course 100% original flawless paint on all metal surfaces and the CSI bumpers were painted off the car and have all correct mounting hardware and related parts, air deflectors, etc. The suspension of this 91 has the rare (EDC) or "electronic dampening control" option, giving it a sort of active suspension with two switchable setting, and is another very rare option.  The springs on this car were upgraded to a lower and stiffer aftermarket spring that is a very good improvement over all factory E31s CSI or not, and the front sway bar is a larger model in this car too.  The rear differential was changed out to a 3:15 ratio and a Limited Slip unit.  This is a BIG improvement on the 850 6 speed, giving the car a better acceleration and no effect on top speed or drivability.  It is the ratio the factory should have used in the first place and is recommended to all 6 speed cars.  This is also roughly the same ratio as the factory 850CSI uses.  The front brakes were changed from the ATE to the the rare and expensive Factory 4 piston Brembo Calipers.  These are not aftermarket, they are a factory BMW part with the BMW logo and about as rare their selves as this car in this condition.  The front projector lenses have real 8K HID/Xenon lamps and ballasts on them.  This is a very nice touch on the front of these cars.  The lenses are of course glass, not plastic and all the headlight adjusters that are problematic are perfect in the car.  Also, all the headlamps come on when the bright lights are pulled.  This was a disabled feature on the 8 series in the US.  The wheels and tires are an upgrade and are later model 18x8.5 and 18x9.5 wheels with Michelin Pilot tires sharing the same sizes as the new M5 BMW.  This is a true looks and handling upgrade, over the best wheels ever offered on any of these 8-Series.  The original wheels/tires on all models of the E31 are defiantly a week point.  This is a must for any E31 owner!

To make this car have more power without altering the originality or integrity a few basic things were done.  First, all 3 computer chips were changed.  The V12 cars use two "DME" computers on one "EML" computer.  The DMEs each run one side of the twin 6 cylinder engine.  The EML is more the throttles, and other aspects and is kind of linking the DMEs together.  The DME chips are the popular Conforti chips, giving the car about 30HP over its 300HP rating.  The EML, removed the top speed limiter and raises the rev limiter.  This is a separate chip from another company and is roughly the same chip used on an Alpina B12.  The combo of the 3 allow the car to achieve a near 180MPH speed and give it a bit more acceleration.  The last upgrade is the exhaust.  This exhaust transforms this already "over attention" getting car, to a musical tune not played by any other car on the road.  The exhaust was custom built on a chassis dyne by one of Dallas' best.  Although it took extensive work and only gives the car 16 actual HP, the looks and sound are so impressive that you just want to listen to it all day.   If you did not see the car, you will look when you hear is as there is no other sound like it.   If you own an E31, I highly recommend a system like this as it literally makes the car!   By the way, the factory exhaust is plastic bagged and is still with the car. With all of the performance mods, this particular 850 has 286HP to the wheels.  That is roughly about 345 HP at the flywheel, still 35HP short of the real 850CSI, but it is as close as you can get without altering the engine, and that is not an option on this particular car in its condition and rarity.

The down side to all E31's are that they are a very heavy machine, weighing right about 4000LBS.  To keep things in perspective... A late model 3 series is now tipping 4000 lbs.  Cars get heavier each year.  Weight is good for drivability and stability, as the car is simply one of the best driving cars ever built, but even with the performance enhancements, the car does not quite live up to its absolutely near perfection of looks in the performance arena.  They really need to be about a 500HP car to be the best car in the world, but for stock it does ok, offering very adequate acceleration, great top end reliability and endurance, and is simply fun to drive.   If you want an incredible car that is built extremely well, is very rare and collectable and has a certain appreciating future, the BMW 850 does all of this.

The license plate is just for display. CA and Texas only place this car has been.  It got here by trailer about 8 years ago.

HID Projectors, and driving lights on.

HID Projectors, High Beams and Passing Lights all on!  What a look at night.

Interior is perfect of course in every manner.

V12!  The engine, undercarriage and suspension are all this clean. Just a show car, not a driver, but of course totally capable.

The life this car leads is as good as it gets.

This car has the highest quality factory paint job of any car I have ever owned.  Its even nicer than my SL74 of the 90s.

No aftermarket anything.  All original, all perfect in every manner including pixels on display.

Smaller photos are from the high tech camera around 02.  Nothing compared to the ones above with the Canon 5D, 50MM 1.2 L Lens. 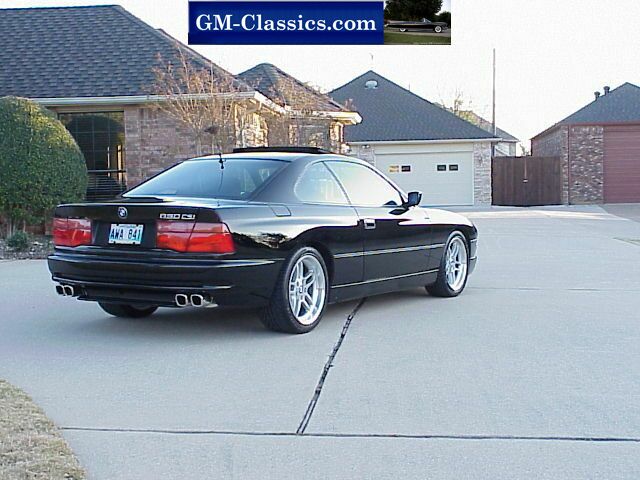 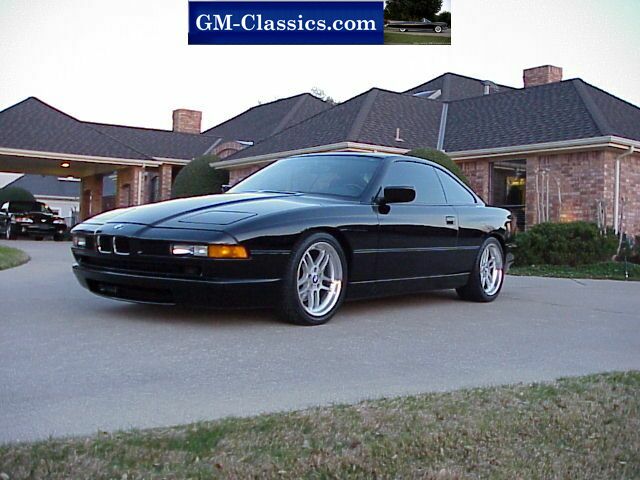 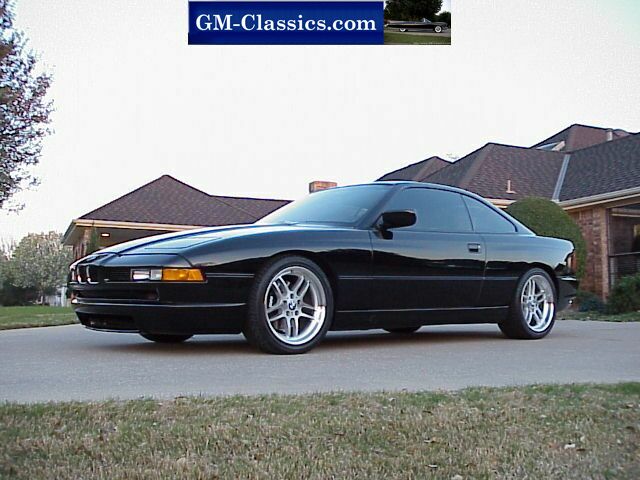 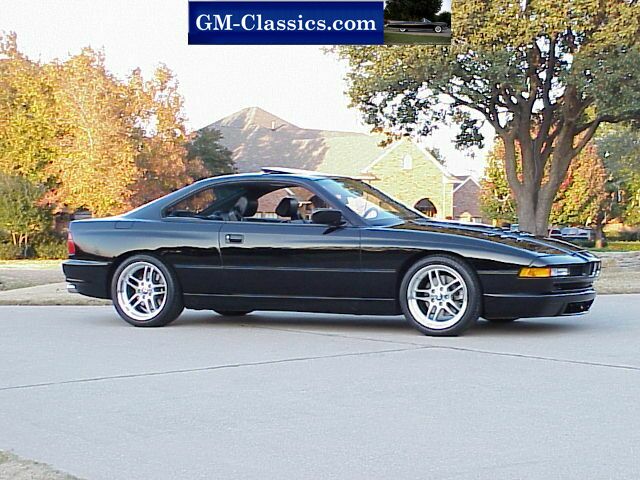 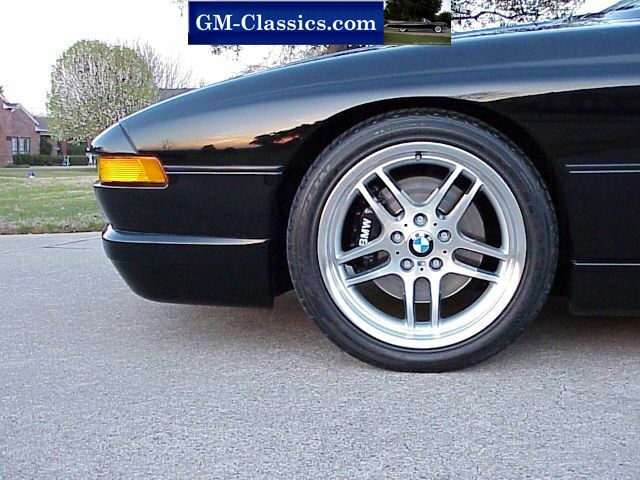 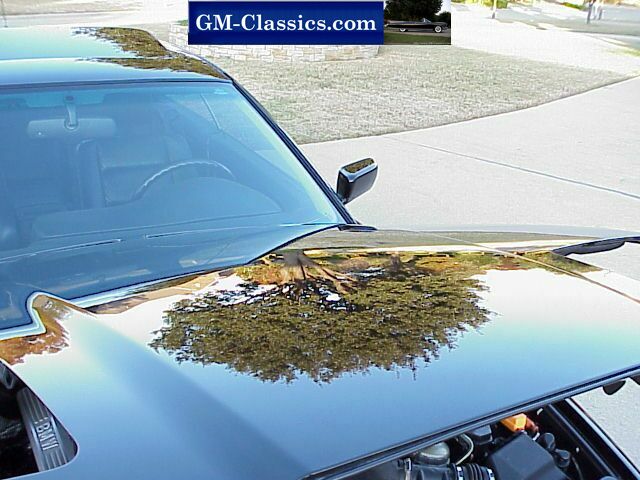 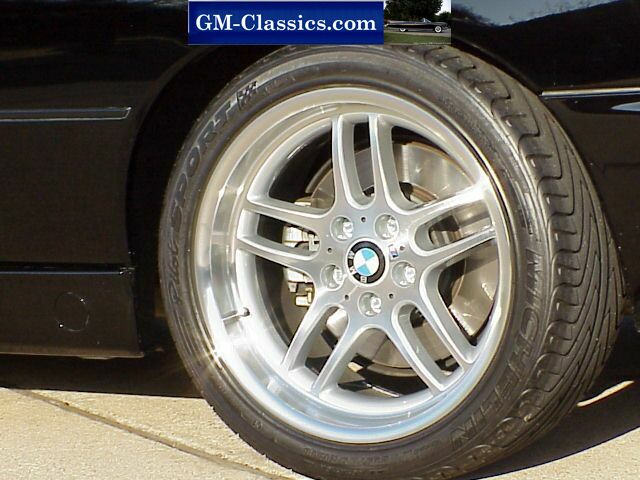 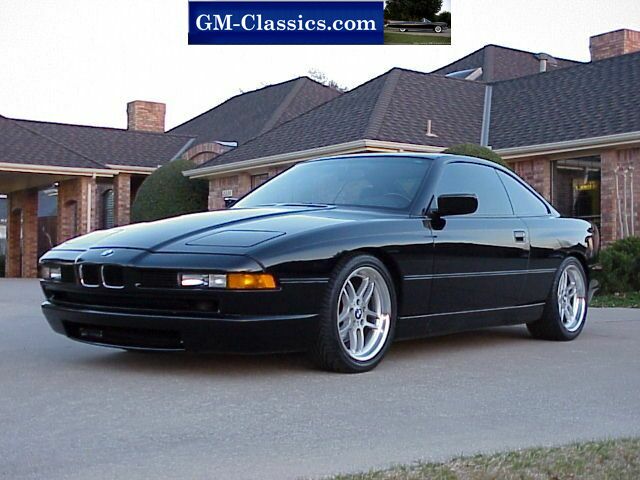 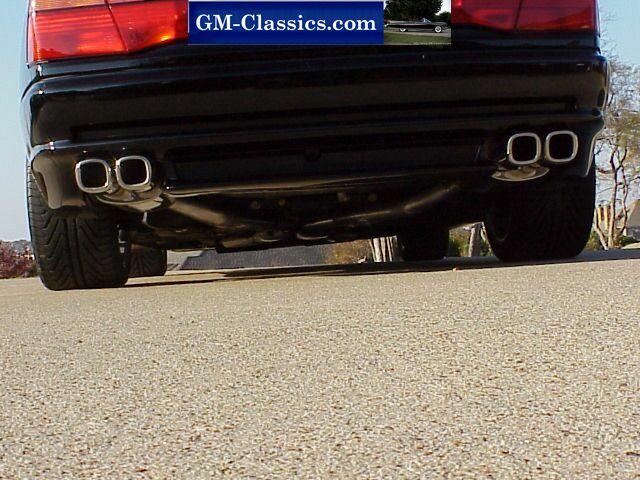 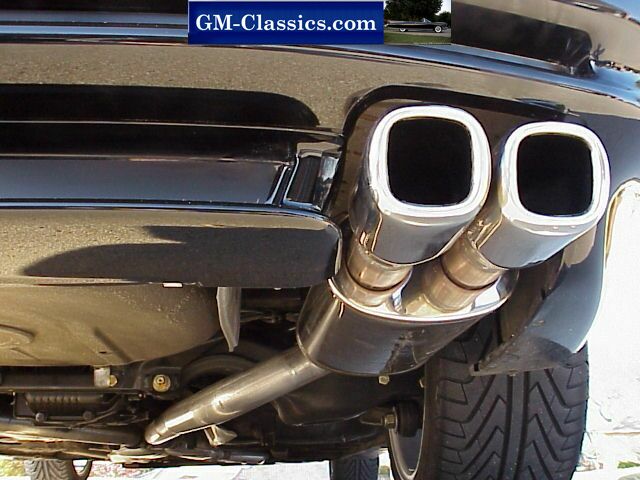 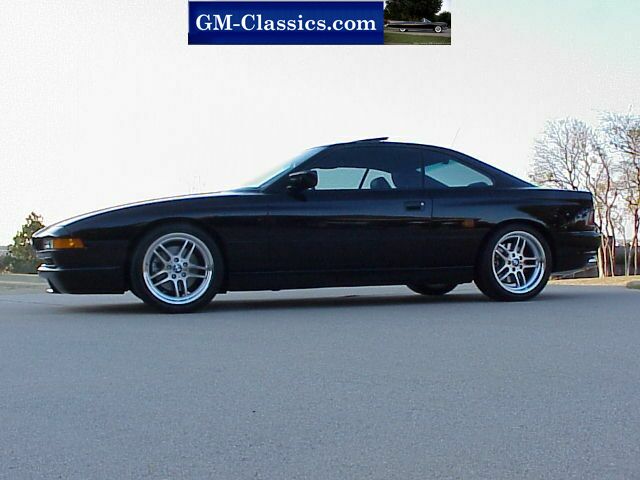 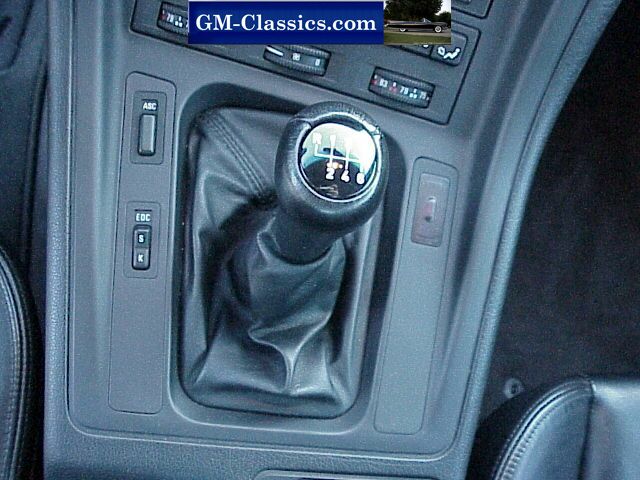 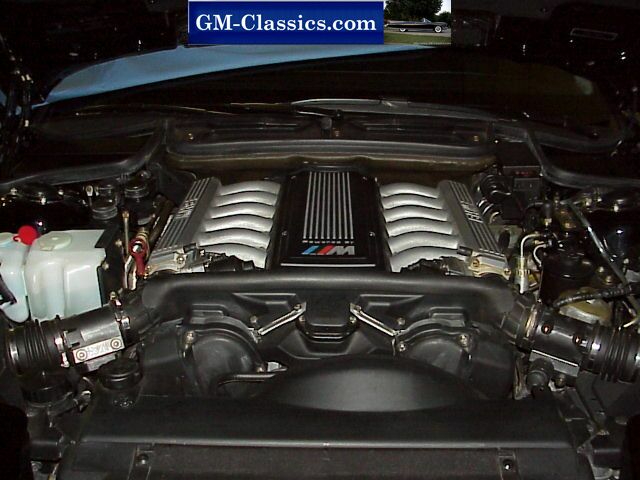 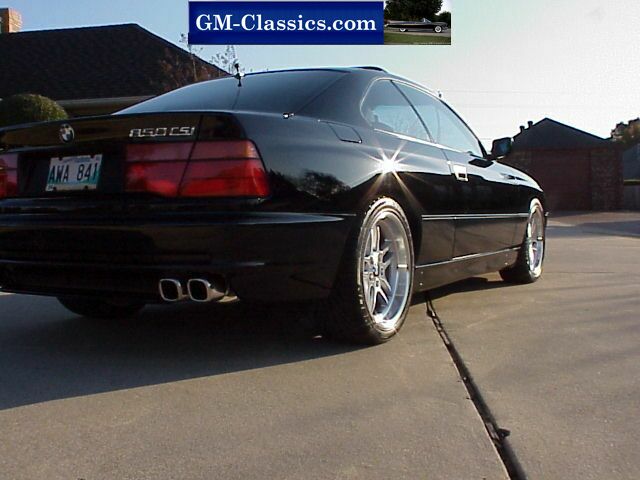 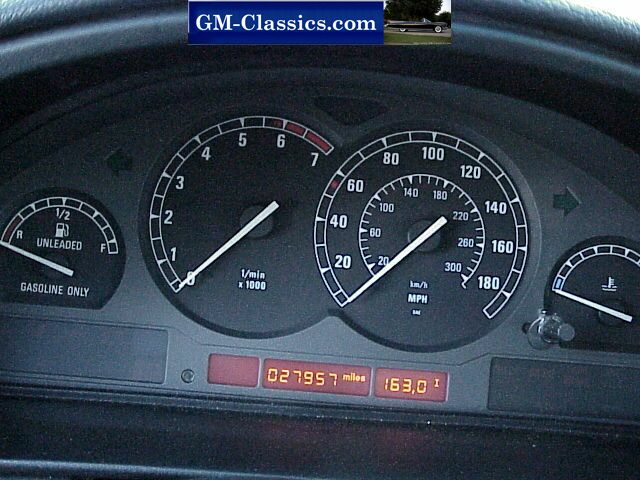 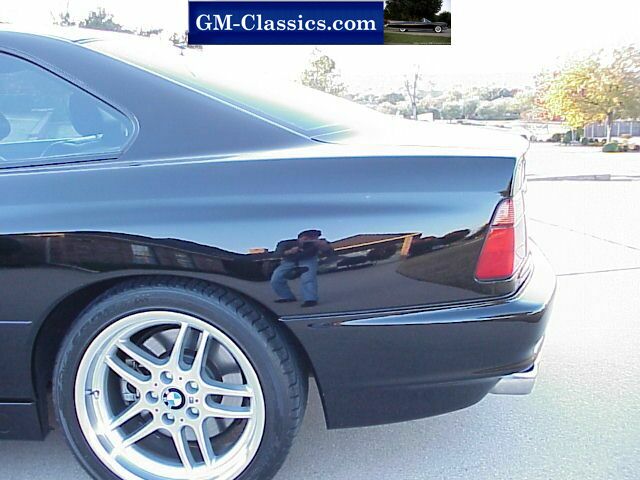 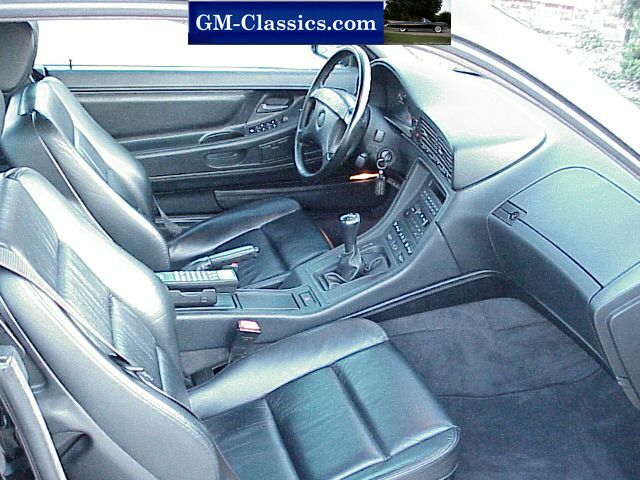 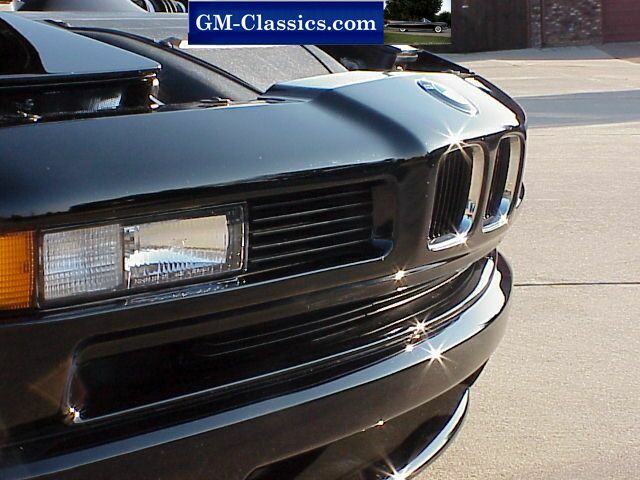 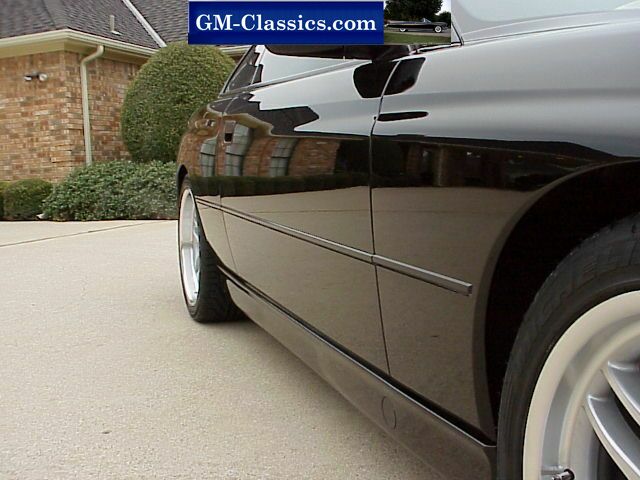 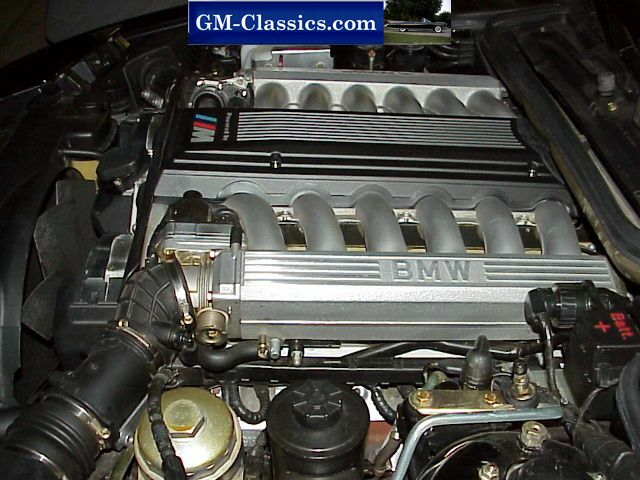 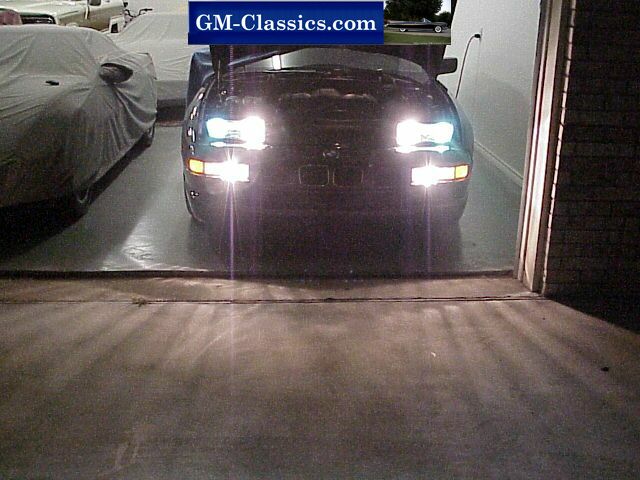 Real projector HID's and all lights on bright come on! 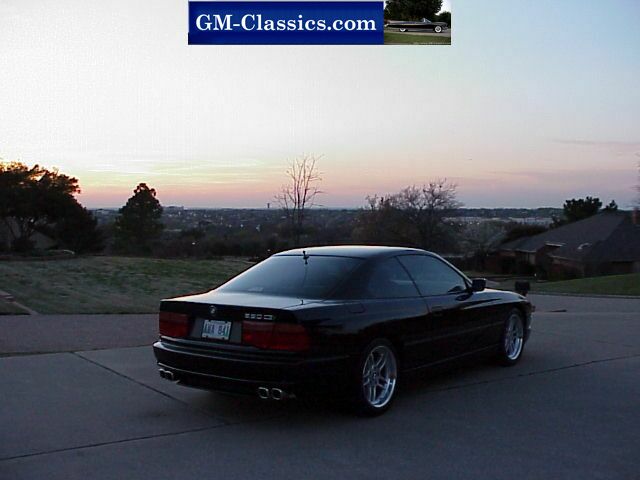 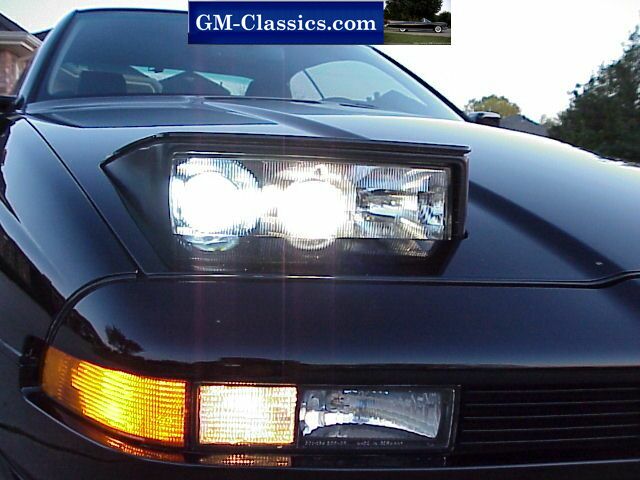 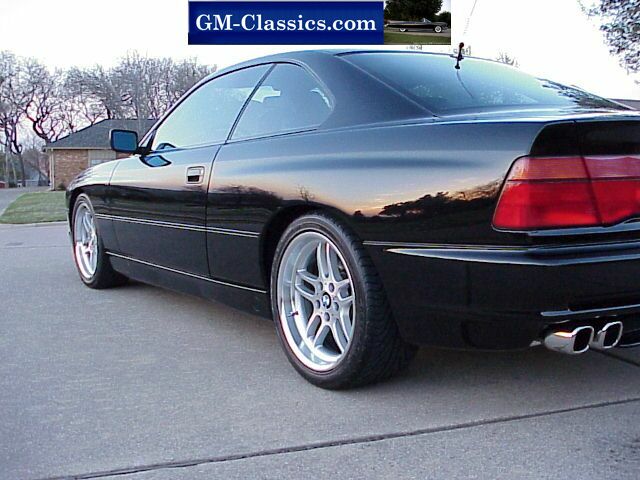 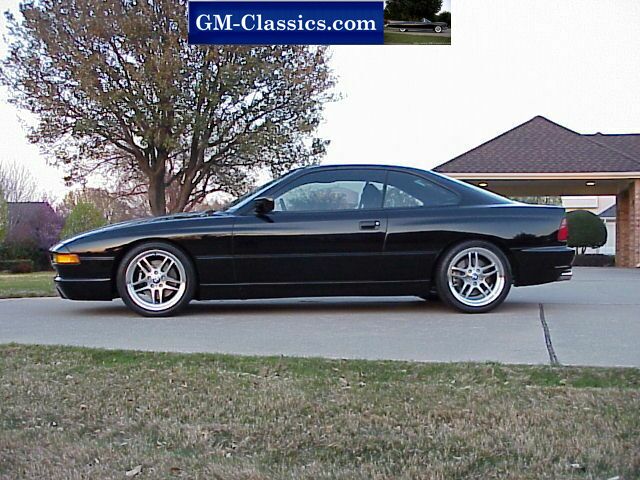 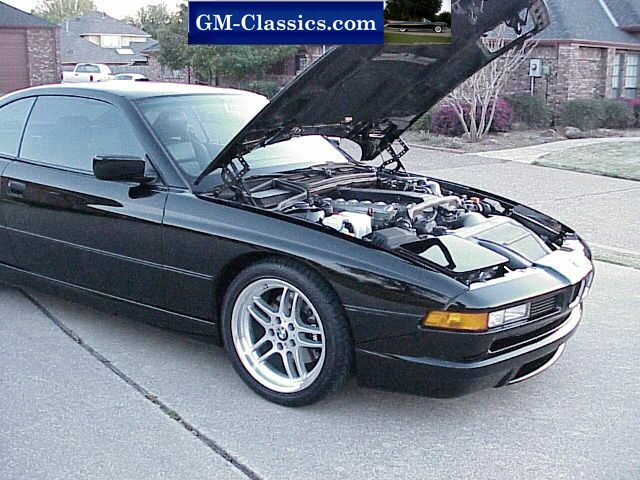 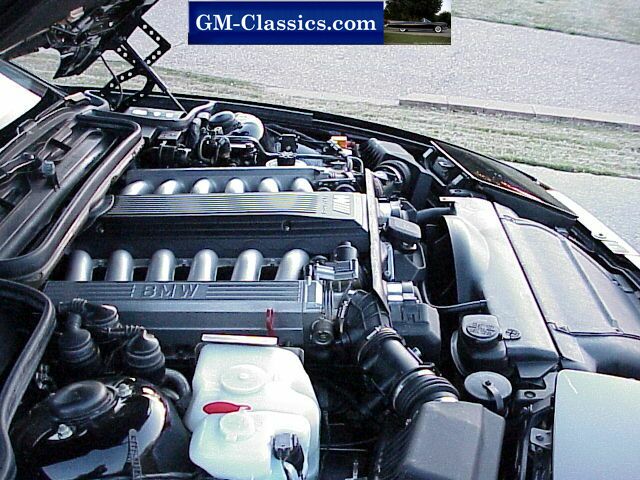 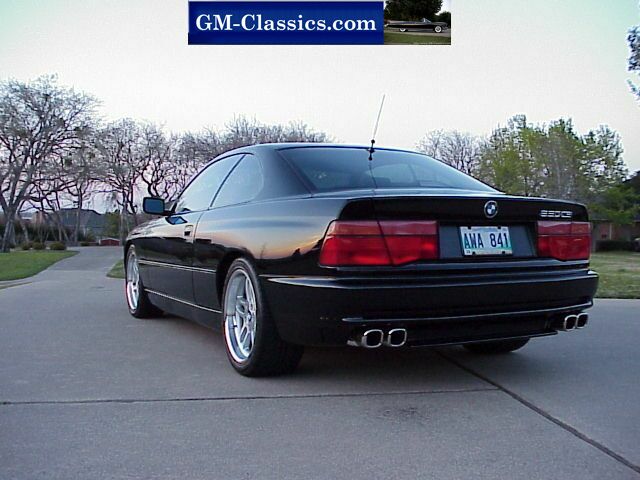 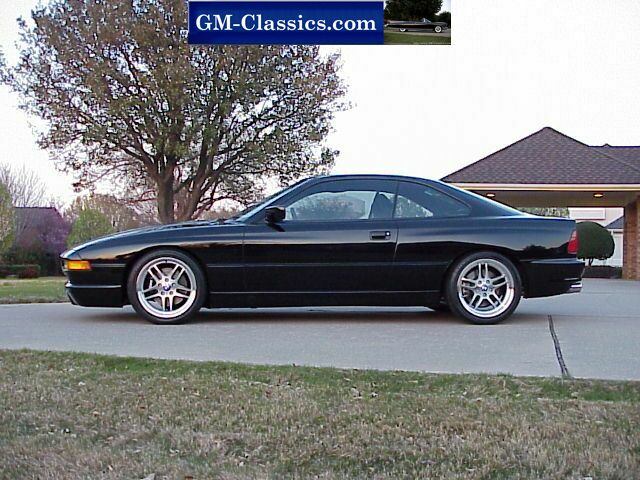 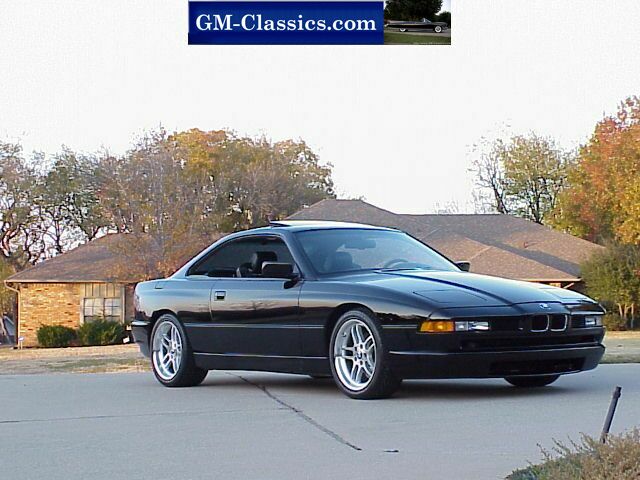